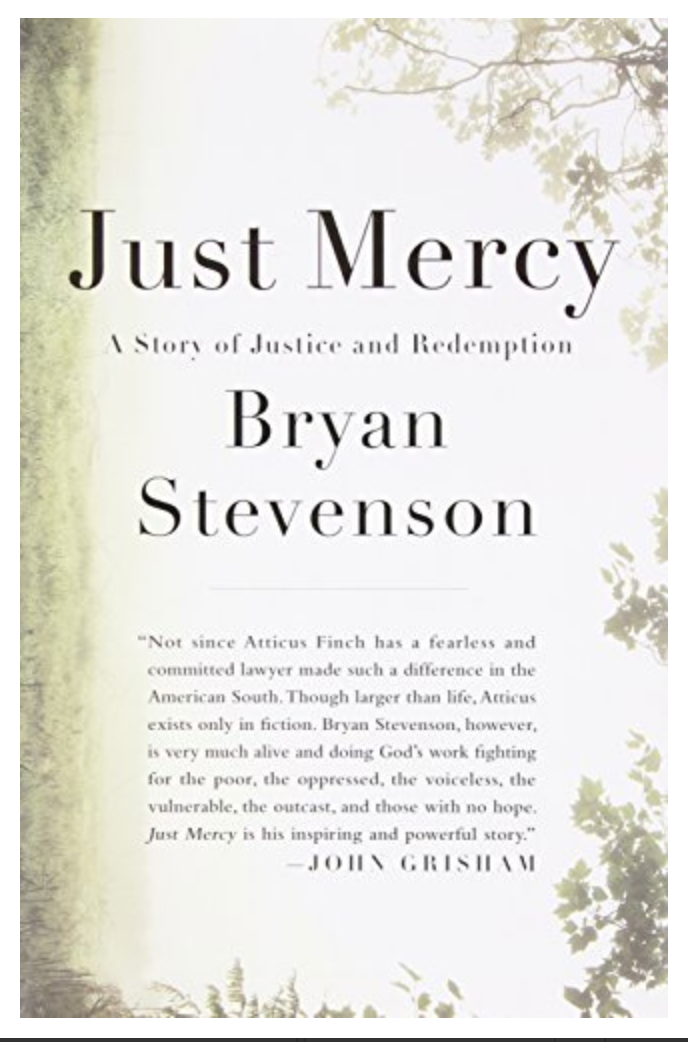 Just Mercy: A Story of Justice and Redemption Bryan Stevenson

SKU 00370
$8.99
In stock
1
Product Details
New York Times Bestseller | Named one of the Best Books of the Year by The New York Times • The Washington Post • The Boston Globe • The Seattle Times • Esquire • Time

A powerful true story about the potential for mercy to redeem us, and a clarion call to fix our broken system of justice—from one of the most brilliant and influential lawyers of our time

Bryan Stevenson was a young lawyer when he founded the Equal Justice Initiative, a legal practice dedicated to defending those most desperate and in need: the poor, the wrongly condemned, and women and children trapped in the farthest reaches of our criminal justice system. One of his first cases was that of Walter McMillian, a young man who was sentenced to die for a notorious murder he insisted he didn’t commit. The case drew Bryan into a tangle of conspiracy, political machination, and legal brinksmanship—and transformed his understanding of mercy and justice forever.

Just Mercy is at once an unforgettable account of an idealistic, gifted young lawyer’s coming of age, a moving window into the lives of those he has defended, and an inspiring argument for compassion in the pursuit of true justice.

“Every bit as moving as To Kill a Mockingbird, and in some ways more so . . . a searing indictment of American criminal justice and a stirring testament to the salvation that fighting for the vulnerable sometimes yields.” —David Cole, The New York Review of Books

“You don’t have to read too long to start cheering for this man. . . . The message of this book . . . is that evil can be overcome, a difference can be made. Just Mercy will make you upset and it will make you hopeful.” —Ted Conover, The New York Times Book Review

“Inspiring . . . a work of style, substance and clarity . . . Stevenson is not only a great lawyer, he’s also a gifted writer and storyteller.” —The Washington Post

“As deeply moving, poignant and powerful a book as has been, and maybe ever can be, written about the death penalty.” —The Financial Times

“Not since Atticus Finch has a fearless and committed lawyer made such a difference in the American South. Though larger than life, Atticus exists only in fiction. Bryan Stevenson, however, is very much alive and doing God’s work fighting for the poor, the oppressed, the voiceless, the vulnerable, the outcast, and those with no hope. Just Mercy is his inspiring and powerful story.” —John Grisham

“Bryan Stevenson is one of my personal heroes, perhaps the most inspiring and influential crusader for justice alive today, and Just Mercy is extraordinary. The stories told within these pages hold the potential to transform what we think we mean when we talk about justice.” —Michelle Alexander, author of The New Jim Crow
“ 📚 P.D.F version 📚 🔥 Fast Delivery 🔥 ” Digital Book Electronic E Book ” 🔥 BestSeller 🔥