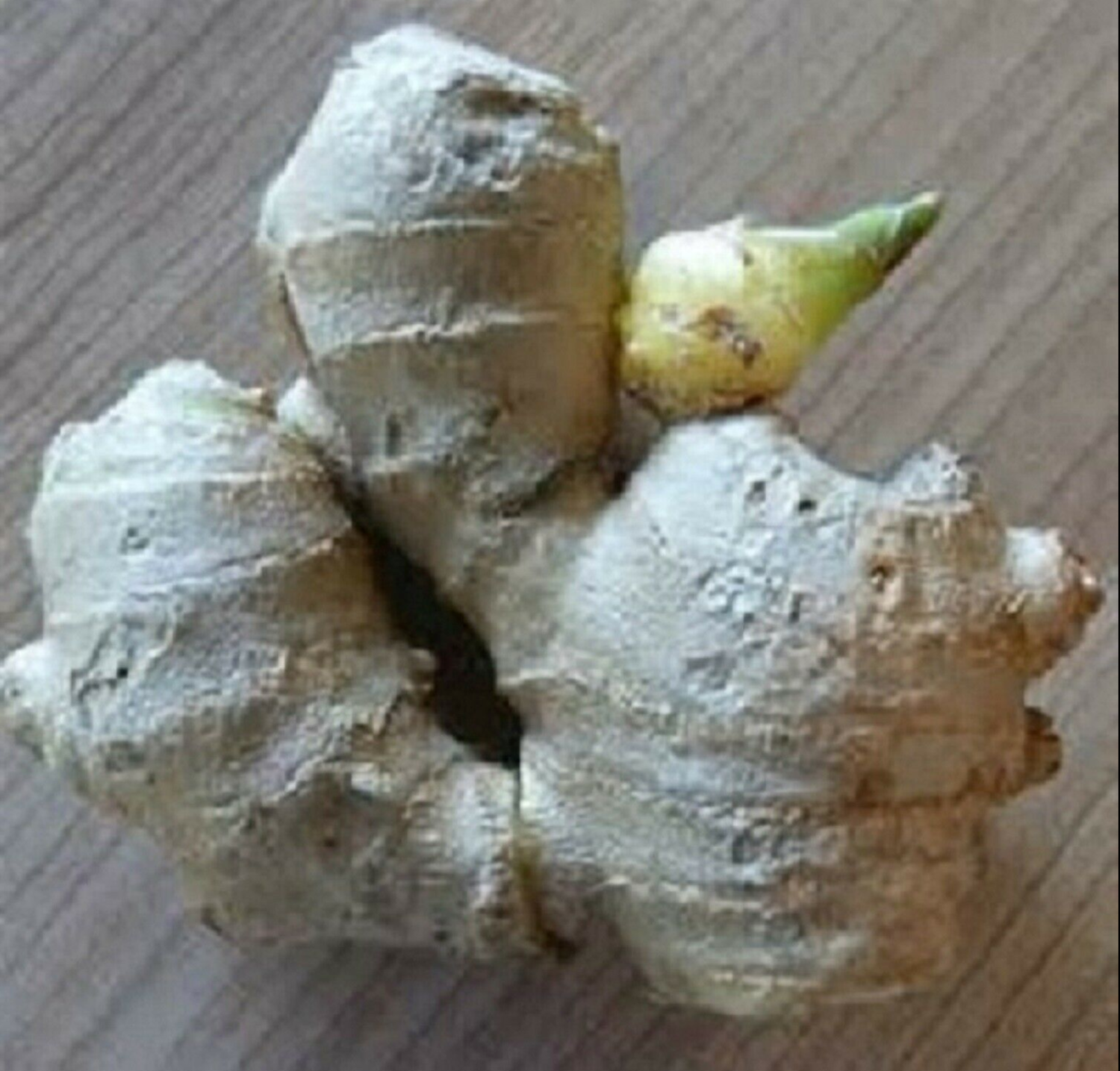 SKU 00094
$17.99
In stock
1
Product Details
Sprouted ginger roots and they are ready to plant. Organic and non-GMO. Flowering and edible..The Hawaii imported

Ginger is rare and hard to find.

For thousands of years, people around the world (including in China, India, the Middle East, and the Mediterranean region) have been using ginger for nausea. This had present-day scientists curious to find out why ginger is used for this reason. What researchers found out is that ginger will help with almost every reason for nausea.**Ginger is effective against the following types of nausea: motion sickness, morning sickness, nausea after surgery, and chemotherapy-induced nausea. In addition to nausea, Ginger may help prevent and/or treat:Arthritis:**Ginger is full of strong anti-inflammatory properties, so researchers have begun testing people with arthritis by giving them ginger extract. A great percentage of the people who were given the extract has had a significant reduction in arthritis symptoms. There is more research being done on ginger and arthritis, but the outlook is exciting. Asthma:**Once again, the powerful anti-inflammatory properties of ginger have encouraged scientists to start testing people with asthma with a natural formula that includes ginger extract. Those with asthma that took the natural formula had improvements to their health and coughing after a few months. More research is being done on ginger’s connection with asthma today. Cancer:**Researchers have done many studies on both animals and on cells and the results have shown that ginger is possibly anti-cancer for many of the big types of cancers (including lung, breast, prostate, pancreatic, and ovarian cancers). Ginger has been found to contain a gene called ‘zerumbone’, which suppresses tumors, activates cell-killing genes, and slows the spread of cancer to other organs. Heart attack:**Researchers have found that ginger decreased the clumping of blood that can trigger the artery blood clots that cause most heart attacks. The warming effect of ginger promotes blood circulation as well, which helps with heart problems.Heartburn/Indigestion:**Ginger has been shown to help improve the speed in which the stomach digests food. If a stomach is too slow at digesting food, it can produce heartburn, bloating, belching, and gas problems. Ginger is a sweet, pungent, aromatic, warming herb that is expectorant, increases perspiration, improves digestion and liver function, controls nausea, vomiting, and coughing, stimulates the circulation, relaxes spasms, and relieves pain. Medicinally it is taken internally for motion sickness, morning sickness, nausea, indigestion, colic, abdominal chills, colds, cough, influenza, and peripheral circulatory problems. It is not given to patients with inflammatory skin complaints, ulcers of the digestive tract, or high fever. Ginger can be administered externally for spasmodic pain, rheumatism, lumbago, menstrual cramps, and sprains. There are many culinary uses for ginger as well. Fresh young rhizomes (green ginger) are juiced, eaten raw, preserved in syrup, and candied; also used in soups, marinades, curries, chutneys, pickles, meat and fish dishes, and Southeast Asian stir-fried dishes. Pickled ginger (gari) is used in Japanese cooking, especially to flavor sushi. Dried, ground ginger is used to flavor cakes, cookies, curries, chutneys, and sauces. Ginger is also an important economic resource. The oil is used in perfumery. Dried ground ginger and essential oil are used in commercial food flavoring, especially in candy, soft drinks, and condiments. Extracts are added to herb teas, cordials and soft drinks (notably ginger beer and ginger ale). You can grow ginger in poor soil and it will produce very easy..This ginger is sprouted and ready to plant. Please note.. the ginger will be in different sizes .